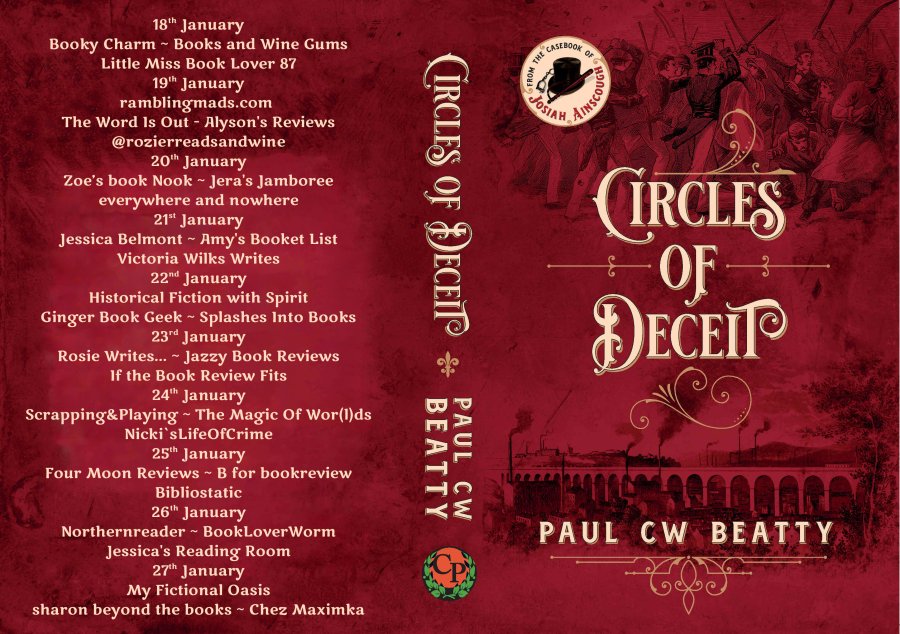 Spotlight on: Circles of Deceit by Paul CW Beatty

Murder, conspiracy, radicalism, poverty, riot, violence, capitalism, technology: everything is up for grabs in the early part of Victoria’s reign.

Radical politicians, constitutional activists and trade unionists are being professionally assassinated. When Josiah Ainscough of the Stockport Police thwarts an attempt on the life of the Chartist leader, Feargus O’Connor, he receives public praise, but earns the enmity of the assassin, who vows to kill him.

Circles of Deceit, the second of Paul CW Beatty’s Constable Josiah Ainscough’s historical murder mysteries, gives a superb and electric picture of what it was to live in 1840s England. The novel is set in one of the most turbulent political periods in British history, 1842-1843, when liberties and constitutional change were at the top of the political agenda, pursued using methods fair or foul.

Paul CW Beatty is an unusual combination of a novelist and a research scientist. Having worked for many years in medical research in the UK NHS and Universities, a few years ago he took an MA in Creative Writing at Manchester Metropolitan University emerging with a distinction.

His latest novel, Children of Fire, is a Victorian murder mystery set in 1841 at the height of the industrial revolution. It won the Writing Magazine’s Best Novel Award in November 2017 and is published by The Book Guild Ltd.

Paul lives near Manchester in the northwest of England. Children of Fire is set against the hills of the Peak District as well as the canals and other industrial infrastructure of the Cottonopolis know as the City of Manchester.

Hands were steadied by friends so that older Chartists might sign for themselves. Those who could only make their mark had them attested by others, who initialed the petition forms.

Of all things, he’s a Policeman, even though he went to grammar school. It’s a very common sort of profession, if you can call it a profession; even lower than being a manufacturer like Pappa.

So now I know you, in your black and silver uniform. You who have only your fists and your pathetic stick with which to demand obedience. No rifle nor musket. No sharp sword or dagger. Nothing to protect you but the respect of the people. You are a servant, a humble servant, not a soldier, not a man of honour. You know nothing of true honour, nothing of true respect.