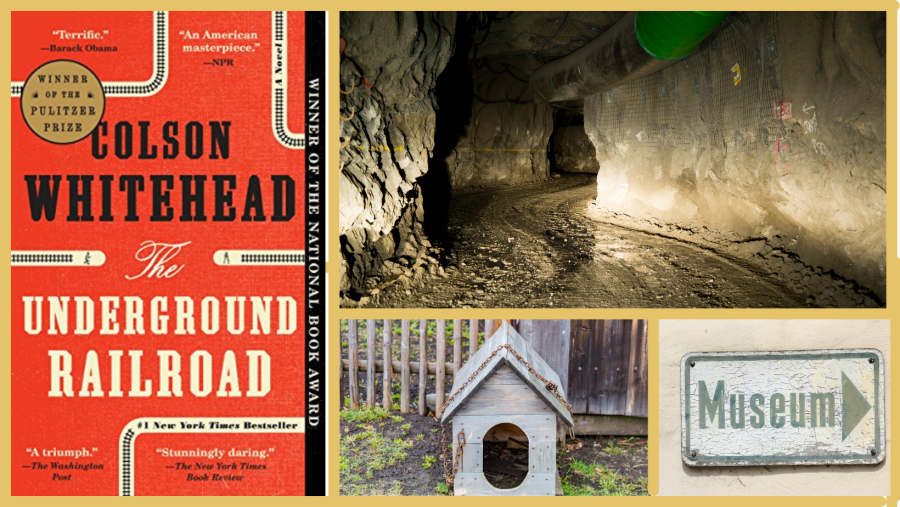 r/suggestmeabook: I want a reimagined history of slavery that illuminates individual and group brutality as seen through the eyes of a young enslaved woman.

From the publisher: In Colson Whitehead’s Pulitzer Prize-winning ingenious conception, the Underground Railroad is no mere metaphor: engineers and conductors operate a secret network of actual tracks and tunnels beneath the Southern soil. Cora embarks on a harrowing flight from one state to the next, encountering, like Gulliver, strange yet familiar iterations of her own world at each stop.

I decided to read this book after seeing it on a list of historical fiction must-reads and didn’t look into it any further. For a change, I decided to try the audiobook (and it was available sooner from my library). Bahni Turpin is an amazing narrator. She did a great job with the voices, making each character distinct. She got through all the brutality without ever overdoing it and turning it into a mockery, which would have been tempting, as harsh as it gets at times. And the writing? Gorgeous.

Sometimes such an experience bound one person to another; just as often the shame of one’s powerlessness made all witnesses into enemies.

The first section of the book, about 1/5 of the overall text, is straight historical recreation. Colson Whitehead makes sure that we’ve adequately toured the degradation of field hands in Georgia’s cotton fields. What was unexpected was that, unlike other books I’ve read or movies I’ve seen, Whitehead delves into the relationships between the enslaved—not the typical house vs. field, but among those working the fields—and how the cruelty of their environment poisoned the relations among them. Twelve Years a Slave or Django Unchained didn’t go nearly this far, so be prepared for a shit ton of violence. Is it unwarranted? I think not, given what the reality was.

Ajarry made a science of her own black body and accumulated observations. Each thing had a value and as value changed, everything else changed also. A broken calabash was worth less than the one that held its water, a hook that kept its catfish more prized than one that relinquished its bait. In America, the quirk was that people were things.

So imagine my surprise when I get to the part where the railroad is literally carved underground. It’s not like they hide it in the description, so it’s my bad for not knowing. Not knowing that this was going to be more along the lines of alternate history, it was like taking a bite of what you thought was gravy and finding out it’s pudding. It’s not that you dislike the pudding; it’s just that you weren’t prepared for it.

The black mouths of the gigantic tunnel opened at either end. It must have been twenty feet tall, walls lined with dark and light colored stones in an alternating patter. The sheer industry that had made such a project possible.

I do have some issues with the literal underground railroad, just because the world is so literal in most ways that it’s a strain on the suspension of disbelief. Creating tunnels that reach from Georgia to Indiana would be a feat of engineering far past the ordinary abilities of untrained labor, even today. In the period, the technology was just being invented after early attempts to tunnel under the Thames demonstrated the hazards of doing so–it’s not just a matter of enough brute strength to pick your way through the stone or earth.

But even that didn’t bother me so much as what anyone who watched enough WWII POW escape movies (or even Hogan’s Heroes) knows: What would they have done with all the debris? That’s always a big thing for those movies–or of prison escapes by tunneling. You have to have someplace to put the dirt you’ve taken out of the hole to avoid suspicion. So where the hell did they put the debris? It bothered me more than it should.

The cabins radiated permanence and in turn summoned timeless feelings in those who lived and died in them: envy and spite.

But, okay, I got past that. The writing is beautiful, in contrast to the horror it invokes, and the pace is generally on point. I’m not crazy about the digressions into other points of view that don’t really lend themselves to moving the plot along; only two of them seem at all necessary to the story.

The use of other historical assaults on the health and integrity of Blacks in this country, although displaced in time and place to be included in this narrative, integrates the narrative of racism in an effective way. It’s not just evil slaveowners on the plantation, but reaches out across to those who are purportedly looking to advance Blacks.

Sometimes a slave will be lost in a brief eddy of liberation. In the sway of a sudden reverie among the furrows or while untangling the mysteries of an early-morning dream. In the middle of a song on a warm Sunday night. Then it comes, always—the overseer’s cry, the call to work, the shadow of the master, the reminder that she is only a human being for a tine moment across the eternity of her servitude.

As a result, it’s easy to enter into the feelings of Cora, the protagonist, when she is suspicious of whites who say they’re going to help. It’s easy to say; hard to do. Even seemingly helpful whites offer betrayal at times, so it’s hard to know who to trust. But Whitehead doesn’t then elevate all Blacks to sainthood; there’s treachery there as well. Whitehead’s world in The Underground Railroad, bent and distorted by slavery and the concomitant racism, is a stunning feat of imagining oneself into another reality, informed by facts but turned into an immersive experience through his artful use of them.

As the years pass, Valentine observed, racial violence only becomes more vicious in its expression. It will not abate or disappear, not anytime soon, and not in the south.

So, on the balance, I am in favor of this alternate reality, as it shines a light on truth through fiction. It’s not quite perfect, but, damn, it’s close.

6 thoughts on “Fiction most truthful”